It's been a few months since my last major update so I wanted to fill in what's going on. As usual, a lot has been happening, and it's been hard to cover it all as we go. There's some particularly huge news in this update, including something about funding something oh hey this should help us get MediaGoblin 1.0 out the door, plus something about the standards work we're doing, something something. So let's dive in and resolve all those somethings, right?

Okay, wait, a brief intermission! We'll get to the cool MediaGoblin related news in a moment, but we've got something very important to cover first. Two organizations I really care about are running funding campaigns. Okay, well, it's that time of year, and a lot of organizations are running funding campaigns, but these two especially could use your kind contributions! 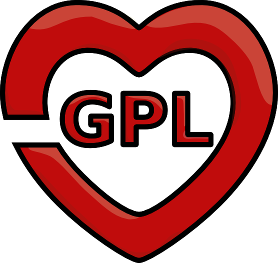 Copyheart by Christopher Allan Webber, CC BY 4.0 or GPLv3 or later, your option.. Source here.
Become a Conservancy supporter!

The first is Software Freedom Conservancy. They're close friends of ours, and do great work. They're also pushing hard to try to build up a supporter program, and they could really use your help. Conservancy does a lot of work around many things, from running Outreachy (hey, we were lucky to get Jessica Tallon working on our stuff through that!) to enforcing the GPL to hosting a whole lot of useful free software projects. Become a supporter today!

Next up is the Free Software Foundation. Hey you probably know these folks right? The FSF is the steward of GNU, and MediaGoblin is a GNU project, so success for the FSF is success for MediaGoblin. They're running their annual fundraising campaign and they could really use your donation. The FSF has the long-standing history of being the anchor of the free software world, and they continue to do great work year after year. Help the FSF continue far into the future... get your donation in today!

GuixSD logo by Luis Felipe López Acevedo. Permission is granted to copy, distribute and/or modify this work under CC BY 4.0.
Support Guix!

Did I say two organizations? What's with three sections? In fact, our friends at the FSF are also teaming up with our friends in the GNU Guix project to run a special campaign to raise funds for new servers. I'm highlighting this for two reasons:

Okay, whew... sorry about that distraction, but these things are really important! But I know, I know, you came here for the MediaGoblin news. Well, let's get to that!

So this is some big news! MediaGoblin has been selected to be a participant in Stripe's Open Source Retreat 2016!

What does this mean? It means that I'll be moving to San Francisco from mid-January to mid-April 2016, working from Stripe's office, and Stripe is going to pay me to focus totally on getting MediaGoblin 1.0 out the door and advancing our federation work. This is a huge opportunity for us; getting such ~unrestricted funding is, as anyone who has ever done fundraising knows, enormously difficult. We should be able to use this to bring MediaGoblin to the next level.

When I filled out the application for this I was interested but skeptical of Stripe's claim that this would be "no strings attached" funding. I'm happy to say this seems to be true: they've paid us to do the work, and Stripe is making no claim to copyright or asking us to change any of our existing policies. Contributing upstream to MediaGoblin happens as usual for the time I'm there, which is great.

So what do we hope to get out of it? Well, my goal is by the end of the retreat, we'll have MediaGoblin 1.0 out the door with the basics of server to server federation in place. I've also talked with the Stripe team about using that time to advance work on our federation standards work, and if there's time, some deployment work too. But MediaGoblin 1.0 comes first!

(In the meanwhile I just booked a bunk bed for $1000 USD per month, which it turns out is cheap for San Francisco housing. Egads! How do people afford to live there? Luckily it's well covered by the retreat's stipend! Are you in the area during that time? Maybe we should meet up!)

I'm very excited about this opportunity. Thanks again to Stripe for supporting our community. I promise that the grant will go to good use, and we'll have exciting things to report! 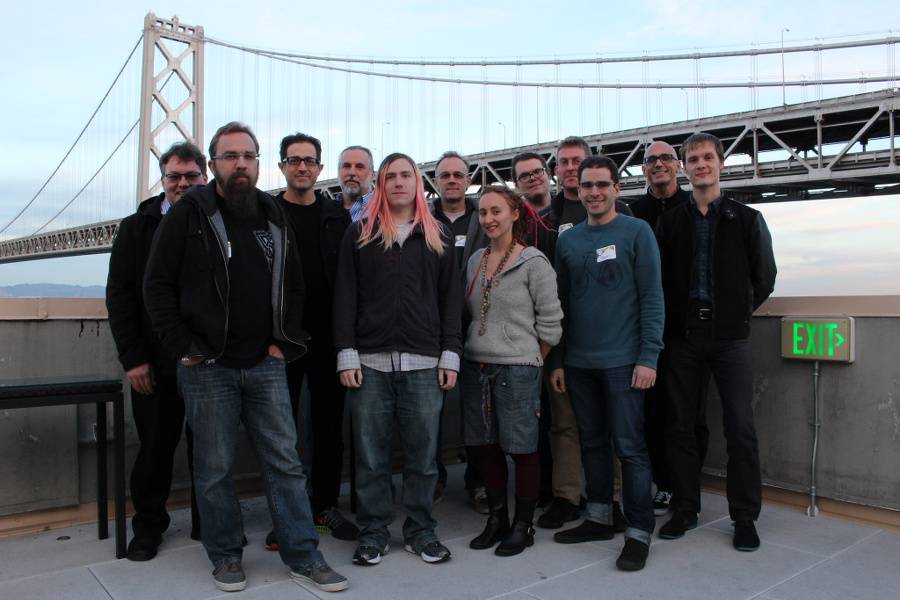 Our work to standardize federation technology within the Social Working Group continues. Just a few weeks ago another face to face meeting was held at Mozilla's San Francisco offices (thus giving me an excuse to test-run the bunk bed I'll be sleeping in for several months for the Stripe retreat). The meeting was extremely productive... in fact I would say it was the most productive time the Social Working Group has ever had. You can read the minutes for Day 1 and Day 2 if you like that sort of thing. But here are some highlights:

Maybe most importantly was the "spirit of the room", and how much this has changed from prior meetings. This group was formed to work on some very challenging domains with the goal of bringing initial participants with some historically very differing backgrounds. But both the last face to face (which we mentioned in the last state of the goblin post) and this one have really done tremendous things towards propelling this group forward, and unbelievably, towards something that might actually be convergence (without requiring that).

Those who know enough historical detail of this space may be astounded to read that last sentence, but I believe it is true. In a sense, agreeing that convergence was not mandatory helped bring us towards a greater possibility of it. The agreement that ActivityStreams, Linked Data, and the "IndieWeb Stack" (for lack of a better term) were not required to work together, and that we could produce multiple deliverables, has eased that tension in the group and allowed us to work collaboratively. Everyone has worked hard to understand each other. But one person in particular has been doing a stand-up job of trying to bridge the cognitive gap and that person is Amy Guy. This can be seen immediately with her work on the Social Web Protocols document, but I believe she has done a great job otherwise in mapping the space.

So anyway, optimism can only bring you so far. There's a ton of work to be done in this space, and we'll be pressing hard.

See you at FOSDEM!

Are you going to FOSDEM? So will I! I'll be giving two talks in the Guile/Guix room, and I may be giving one more in another room, depending on acceptance or not. It would be good to meet other MediaGoblin community members or enthusiasts of MediaGoblin.

I should also say that I was really not sure if I could make FOSDEM originally, but a number of people very kindly donated to send me on my way. Thanks very kindly! I'll be sure to put it to maximum use for our community's sake. :)

We're also thinking of running some sort of dinner (or lunch?) for those who donate between now and FOSDEM to MediaGoblin, so hey, by the way, our donate page still works! ;)

Goblinoid, you may remember, is the result of this year's Google Summer of Code, and is a neat MediaGoblin application for Android. Here's an update (thank you Laura Arjona and Dylan Jeffers for writing this up):

Dylan Jeffers, our GSoC 2015 student, is working in an Android app for GNU MediaGoblin.

The code is under heavy development, (repo here), and binaries for each release can be found (along with checksums) hosted at Goblin Refuge, a third party site kindly offered and maintained by SalmonLabs LLC, who also host the goblinrefuge.com MediaGoblin public instance.

Meanwhile we get the app in the popular free software repository F-Droid (it's taking a while because it's the first app in F-Droid built using the Python-based Kivy framework), we encourage everyone to test the app. The most up to date release is always available at https://files.goblinrefuge.com/download/Goblinoid/MediaGoblin-latest.apk) and report feedback in our IRC channel or the repository issue tracker).

We are very excited to make MediaGoblin part of your mobile life, and the Android app development is allowing improvements in MediaGoblin itself too (mainly fixes/improvements in the API-related code and the database and database migrations). Help us with your testing to improve that experience!

Wrapping up this year, onto next!

It's been a busy year. Here are some highlights:

Well that's it from this update! See you in 2016, and happy hacking, fellow goblins!