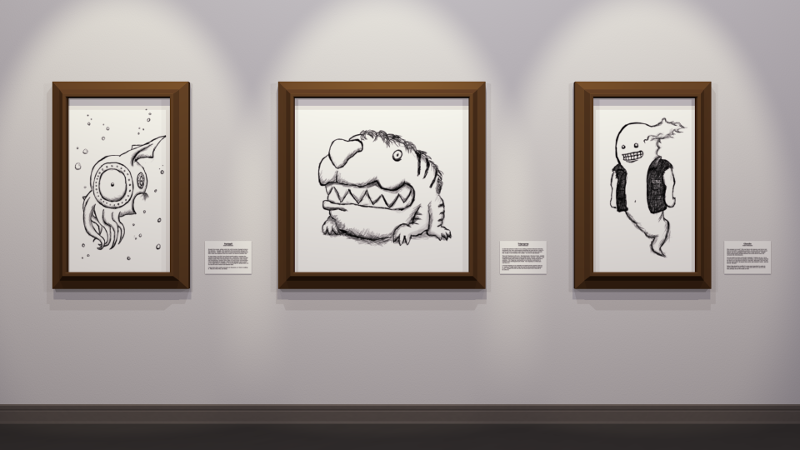 We're excited to announce that MediaGoblin 0.8.0, "A Gallery of Fine Creatures", has been released! The biggest news is that the client to server API (making use of the future federation API) is much improved! That means that users no longer have to depend on a browser to access MediaGoblin. You can access and post to your MediaGoblin instance via any of several Pump.io compatible clients, like Pumpa and Dianara (or write your own using PyPump)! The grand goal is a generic (and ubiquitous) client protocol that will work with lots of different served applications that use the pump standard. Eventually, any Pump API compatible client will essentially be a MediaGoblin client and a Pump.IO client. We expect more client types to be added very soon!

Part of the process of world domination via federation means that we're now able to support serving content to multiple client types through a single protocol.

For example, here's a user uploading an image using the Pump.IO client, Pumpa: 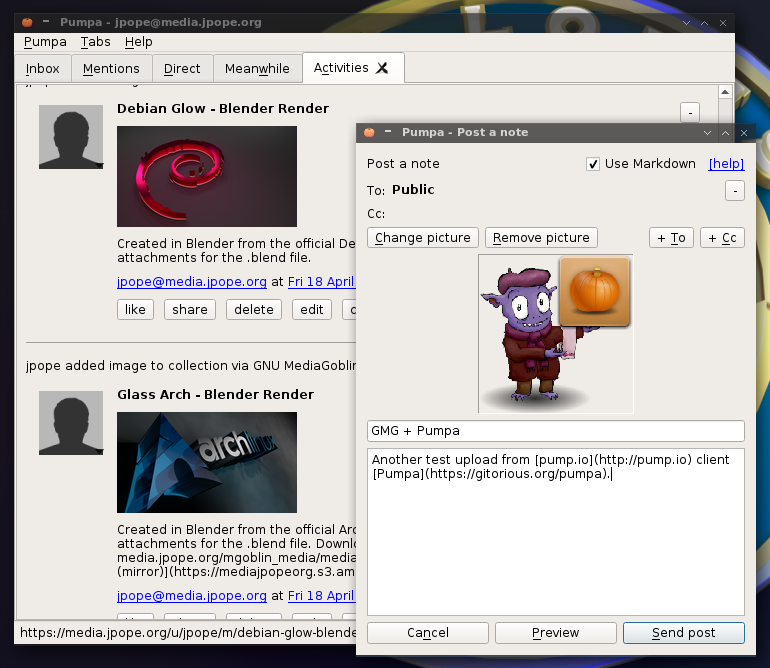 And here's that same image, now uploaded to MediaGoblin!

In a nutshell, the client to server part of the API/federation equation is working. We are still working on server to server federation that will enable us to share comments, tagging and all the other things that can happen to your shared content on someone else's server that you may (or may not) want hear about.

By the way, if you're using MediaGoblin with Apache (rather than Nginx or some other setup), you'll need to add "WSGIPassAuthorization On" to your config or the API won't work. You can look at this wiki page for reference.

Speaking of updating and getting with the times, we are officially offering preliminary support for Python 3. Most of our features work without Python 2 installed, so welcome aboard futurists! As always, if you spot something we missed, we'd love to hear from you via our bugtracker, mailing list or IRC channel.

Also on the upgrade list for this release, GStreamer! We're now using version 1.0 which adds a nice new thumbnailer and includes much improved video transcoding support. If you didn't get thumbnails before, it wasn't you. We encourage you to try again and see if it works for you now! 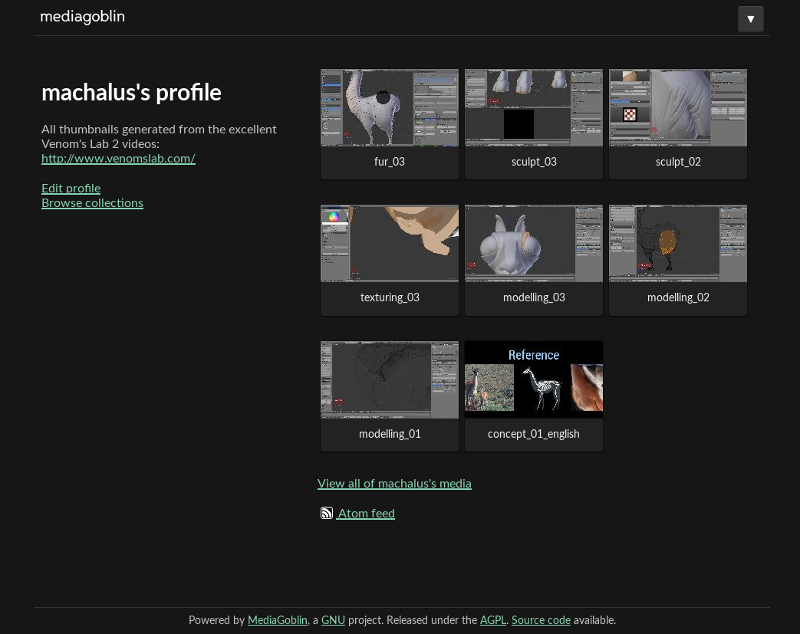 Obviously, the future demands cleaner packaging. Configure and make support is now the default... welcome to fewer steps for installing your MediaGoblin instance, which will be critical as we build packages for Fedora, Debian and any other distro that wants to help its users host the federated future of the web.

And finally, we fixed the footer. It is now forced to the bottom of page, instead of floating in the middle of short pages which everyone agrees was sub-optimal.

Next up is server to server federation. This is what Jessica Tallon has been working on full-tilt -- thanks to everyone who pitched in on the MediaGoblin campaign. (Though the campaign is over, you can still donate!) Both Chris and Jessica have been participating in the W3C Social Working Group on a federation standard. (As well as a general purpose client to server API... you better believe the increased client support coming out of this release is related!) The design is very closely related to the existing Pump API spec we've been using. You can read the current draft of the standard here. We've got more news on the way, including on that federation front. Expect more news soon!

Want to put in your own help towards the future of federated, awesome media publishing? Join us! Visit us in IRC (#mediagoblin on freenode.net) or sign up for regular updates on our mailing list Got ideas or questions about our work? Email us at press AT mediagoblin DOT org -- we look forward to hearing from you!