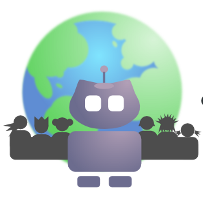 I'm extremely proud to announce that MediaGoblin is in for a summer of awesome... we're participating in both GSOC 2013 (under the GNU umbrella) and the GNOME Outreach Program for Women 2013! (Yes, you might notice we're not a GNOME project, but the super awesome people at GNOME have extended the program to other free software projects.) Are you a student looking for a summer job contributing to free software? Or maybe you are a woman interested in contributing to free software, something like MediaGoblin maybe? Then you should apply! (Maybe you are both... we encourage you to apply to both programs then, actually!)

I think these programs are incredibly important to helping newcomers get involved in free software. And I am especially a supporter of the Outreach Program for Women. I have a number of friends who are women who I deeply admire for their contributions to free software and are people who came in through that program. We're seeing increasing success in growing diversity in free software, and I think this matters.

We decided to apply for a mentoring organization for OPW at last minute. Unlike GSOC where there's funding that comes as part of the project, funding doesn't necessarily come with OPW participation. We haven't found external funding, so we're at present planning on this money to come out of the MediaGoblin campaign fund. Since that fund mostly goes to support my own salary, in a sense, this is a personal hit, but I believe it's worth it.

In fact, it was my spouse, Morgan Lemmer-Webber, who convinced me we needed to join the program regardless of the funding situation. Morgan tutors high school students in foreign languages as part of her funding for grad school. Recently one of the young women she was tutoring told her that she had joined an engineering class, was really enjoying it, but dropped out because she felt uncomfortable being the only woman in the class. The woman explained that nobody had been impolite to her, in fact the other students seemed happy to have her there, but despite this and really enjoying the material, it was difficult for her to be there because she felt socially uncomfortable.

I think we've had the same issue in free software for some time, but happily this is changing. Outreach programs like OPW and continued work on things like OpenHatch's Open Source Comes to Campus and its emphasis on diversity as well as increased attention to diversity issues at conferences and et cetera are helping to make these places more welcoming. (I've been convinced of this since I saw Lenore Blum speak on their success in increasing the participation of women in CS at Carnegie Mellon, which increased its enrolling female students in CS from 7% to 38% five years using similar strategies.) It's important to me that MediaGoblin is taking part in helping to make this change.

Anyway, if you are interested in helping to make up the difference and this strikes a chord with you, the campaign is no longer really running, but you can still donate!

All that said above, the really important thing of course is that we're participating in these programs. If you're considering applying to either program: please do so, and come by and introduce yourself! (Especially on IRC!)