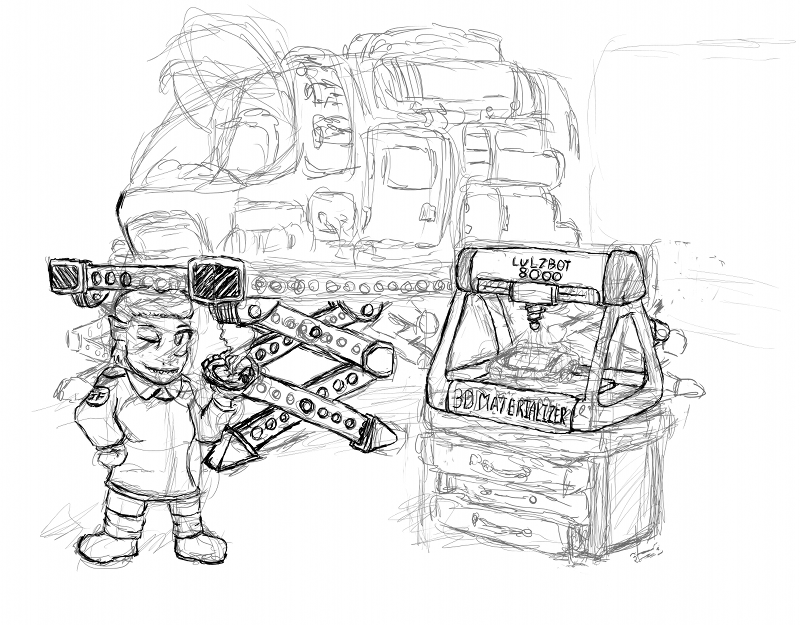 Heya all! We had hoped in some ways we would be able to get out a new release mid-campaign... but it turns out the campaign itself has its own pull of energy. Well, we're nearing the end of it (you've donated, right? We could use your help!)... but we thought we'd give an update on the state of the code. Like the drawing above, it's not quite complete... but getting there! So in this post we hope to detail all the awesomeness that's on the horizon. 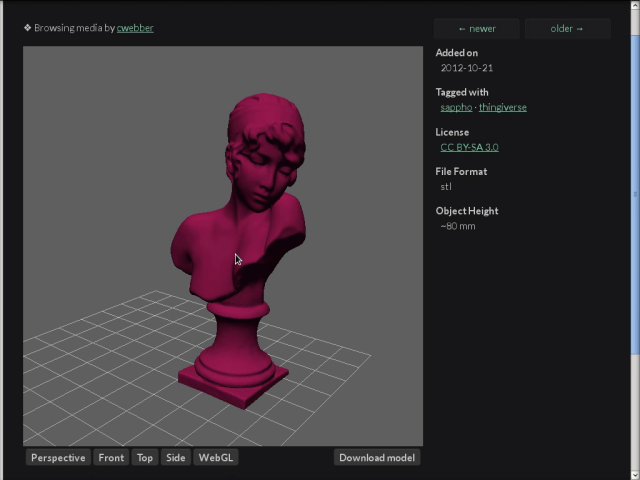 So let's get to it! The first feature is... yup! 3d model support! We've already blogged about this in detail,

But hey, why not throw in a bonus! Here's a higher res image of that print that came out per the video shown in that previous post: 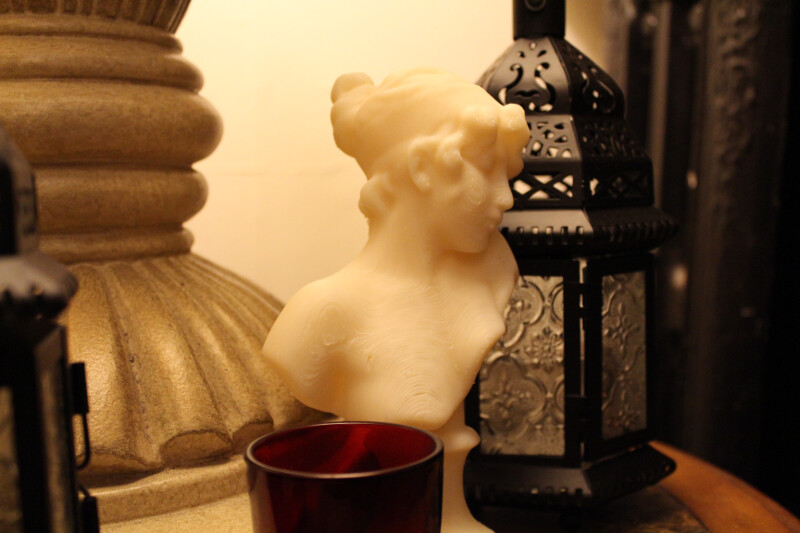 Anyway! So that's one exciting thing. What's up next? How about API support! All you out there wondering when we're going to get the ability to upload from your phone, or your desktop, or whatever? WELL! Thanks to Joar Wandborg and the Icelandic government (who funded the feature!) we now have an API! This means that if you want a mobile upload application for your phone, the infrastructure to build it on MediaGoblin's side is falling into place. And if you want to build a tool that takes a screenshot and auto-uploads it to your MediaGoblin account, you can! (Why not!)

Anyway it's hard to create an exciting screenshot of an API, but Joar created a few demo applications, so here's some screenshots of that page on GitHub (gasp! centralized service!)

What else? How about collections! This next release brings collection support, which means that you can organize media into custom galleries! Want to sort things based on pictures of cute puppies? Maybe something else? Below is an example of Joar making a gallery of some Tears of Steel clips:

Anyway. That's a whole bunch of features! There's a bunch of other small things as well. For example, thumbnails are now much nicer looking in the current release. But we still need to do quite a bit of cleanup before we can package all these features all into a nice and clean release. Part of the reason this has been stalled though is the very same reason for this fundraiser though. Coordinating all this takes lots of work... we really need dedicated coordination and development time to pull this all together. But as you can see, we're building awesome futures... help us make them even more awesome! The future of MediaGoblin awesomeness is powered by you... so support MediaGoblin!