MediaGoblin's been very busy. It's almost like it was our birthday! We went to some parties, people said very nice things about us, there were gifts and there might even be some cake coming our way. (It's actually very close to our one year anniversary!)

We went to PyCon where we presented a poster. A video was shot very early in the morning. The MediaGoblin team had already consumed a good deal of free coffee and had been talking about dungeons and dragons while waiting for our turn in front of the camera, all of which somewhat explains my dumbfounded response about the "player." At any rate, I am happy to report that at least one of us is a morning person so the rest of the video is both energetic and informative. Check out the video about the poster on YouTube. We are such fine connoisseurs of irony that we'll be linking to them again later on in this very post!

You can also take a look at the actual poster which we would totally hang in the MediaGoblin office, if we had one. 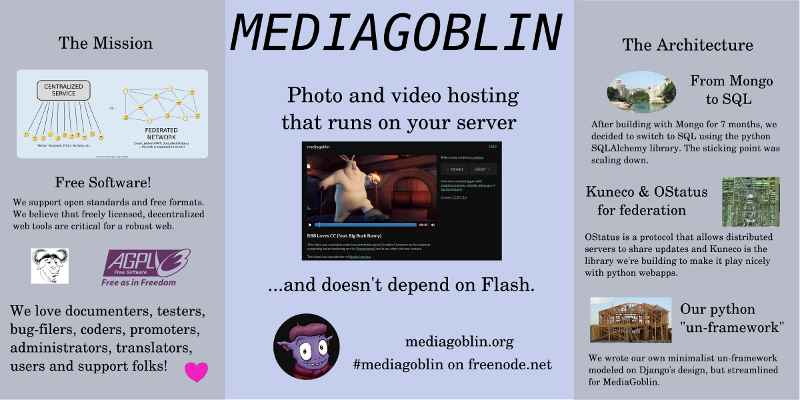 We gave out our brand new stickers, which people enjoyed quite a bit. If you are going to be at any events with any of us in the near future, be sure to get one! This is Chris giving one to Rob who works at Collabora on GStreamer. 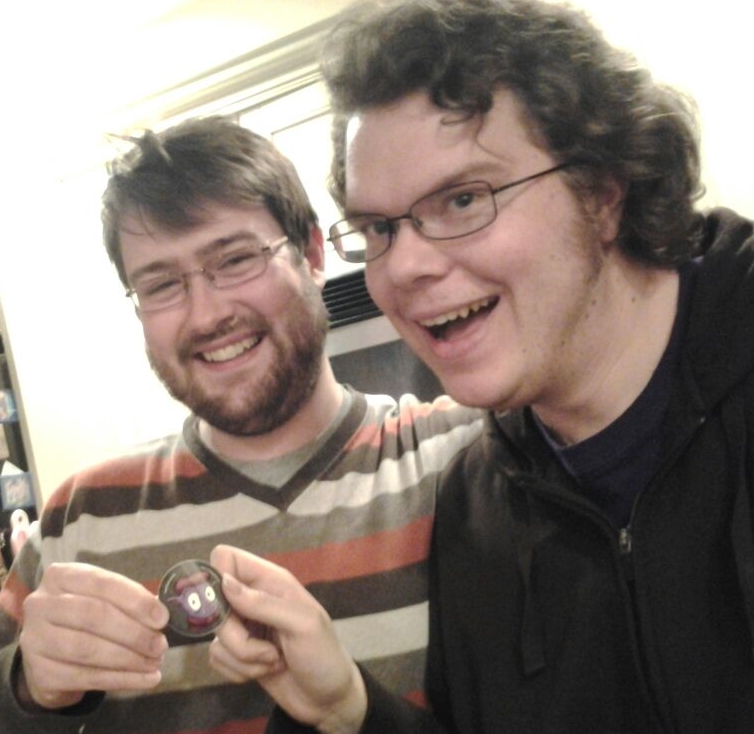 After the main conference, Will and Chris stuck around to sprint with folks. Thanks to Bassam Kurdali, Sacha De'Angeli, Derek Moore, Matt Bone, Michael Helland, Hugo Boyer and Mark Buttenhoff who stuck around to sprint with Will Kahn-Greene and Chris Webber! We made a lot of progress on ipython support and some nice improvements to look and feel of video player. We really appreciate everyone who pitched in or tried to get MediaGoblin going on their laptop. Swing by the channel anytime to say hi!

Here's a picture of the 3D printer we sprinted next to: 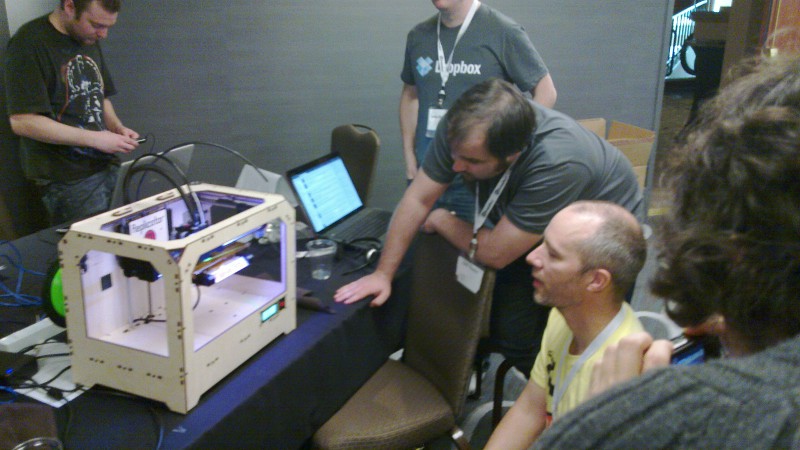 We also attended LibrePlanet, which is the Free Software Foundation's annual conference. Chris spoke about MediaGoblin briefly on the second day. Evan Prodromou from Status.net spoke about decentralized social web services. After the conference, Evan, Chris and Brett hacked on federation. There are more details and a diagram from that meeting of the minds if you're curious.

Chris gave a talk at Flourish in Chicago about MediaGoblin a week later which went really well. You can watch the whole talk here:

What's coming up? Deb will be at Linuxfest Northwest in Bellingham, Washington. She'll be giving a talk about the importance of decentralized web services. If you live in Seattle or Vancouver, make the trip and she will also hook you up with MediaGoblin stickers.

You don't have to wait for a sprint though, MediaGoblin is always on the lookout for more testers, translators, coders, documenters and bug filers. We're happy to get you up to speed anytime!