Welcome to GNU MediaGoblin 0.0.3, codenamed "Talking in Rainbows". This release is a huge milestone for us! While this is still a developer's release, we're rapidly approaching usability to where we'll be able to run public instances of the software. This last month has been full of various improvements and features, so without further ado, let's get to what those are! 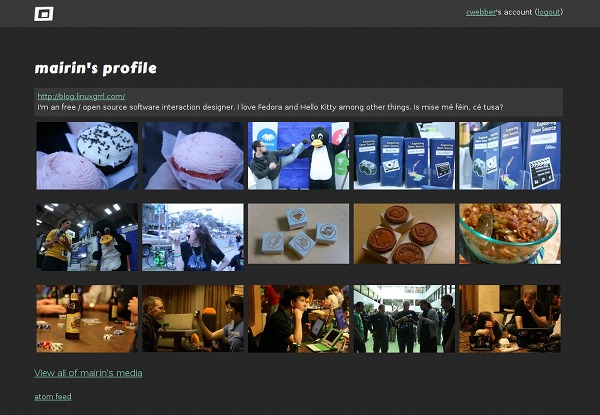 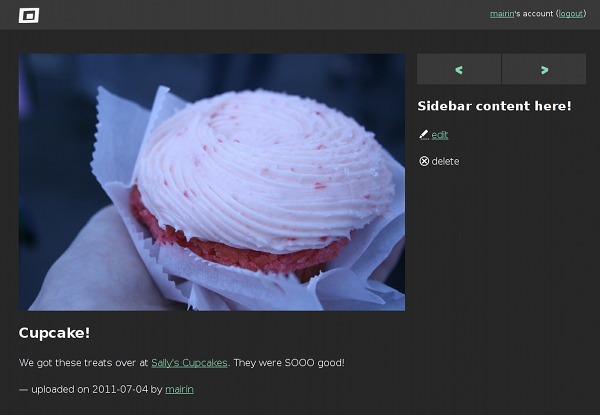 Above you can see a few other niceties on the media viewing page. (Like, we actually properly resize images now...) We have a new sidebar, and likely exciting things will go into it soon such as various bits of metadata, etc. For now it's just some buttons.

What's really exciting here is that we now have rich descriptions via Markdown! This means you can easily embed links, mark things as bold and italics, etc.

You may also have noticed that edit button on the right... 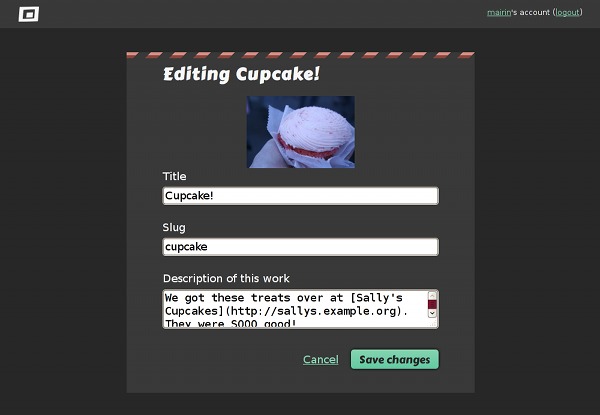 It's now possible to edit some metadata about your media after-submission. Here you can see that (as well as the markdown used to generate the HTML in the previous entry's submission). 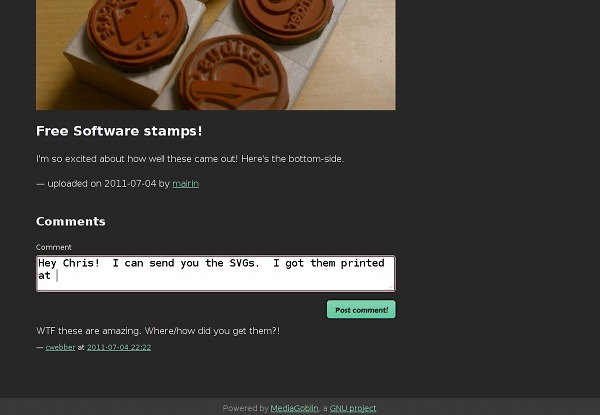 But one of the most exciting user-visible changes in this release is the addition of comments! Logged in users can comment and even mark up their post with Markdown, similar to media entry descriptions. 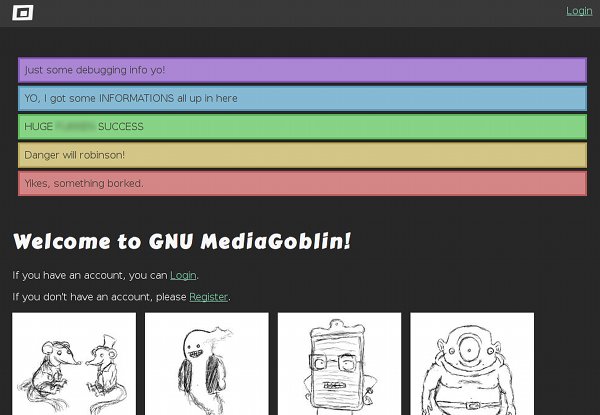 We also have some nice infrastructure in place for sending messages to users even after a redirect, etc, similar to Django's messages framework. Testing this with the different levels/types of messages (debug, error, warning, etc) lead to the "rainbow of messages" above, and also to the name of this release. Now you know why, and knowledge is power.

A lot more things have also changed under the hood that are mostly unnoticeable to end-users, but which are significant from a developer's point of view. More than this happened, but to name the big ones:

Several infrastructure changes have been underway also. We owe a lot to FooCorp for quickly bootstrapping us in numerous ways in the first couple months of this project (Rob Myers joked to me that MediaGoblin is FooCorp's first successful incubator project), but we've quickly grown to the point where it makes sense to run things on our own servers. Will Kahn-Greene has been doing the hard work to move things over... thanks, Will! For now, most things are moved over except the bugtracker. And thank you again to Matt Lee and Rob Myers for believing in our project, helping us get started, continued infrastructure support, and being good friends and good people.

Massive thanks to all the people who have made this release possible, and there are many! On the graphic design front, Jef van Schendel continues to do amazing work (thanks also to Karen Rustad, Aaron Williamson, Jarred de Beer, and Thorsten Wilms for helping us work on designing our logo, which hopefully can be wrapped up next month!). On documentation and infrastructure, thanks much again to Will Kahn-Greene. On the organizational front, thanks much to Deb Nicholson who's helped figure out a lot of stuff for us and answered a lot of my stupid questions. On the programming side, thanks to Aleksandar Micovic, Elrond Elvenlord of Samba TNG, Jakob Kramer, Caleb Davis, Chris Moylan, Joar Wandborg, Bernard Keller, and Alejandro Villanueva (well, and me). I am extraordinarily grateful that we have such a vibrant team. This has been an awesome release, and it's been awesome because of all the people who have worked on it. So thanks again.

So what's next? Right now we're trying to tie up all loose ends so we can get up an actual instance of this site in the next couple of months. This is going to take a tremendous amount of work, and quite simply, we could use your help! Help of all sorts is appreciated, so please... join us and help us build a beautiful future of federated media sharing!

(PS: Special thanks to Mairin Duffy for letting us make a nice profile example out of her photos!)