Those of you who follow MediaGoblin closely likely know of Deb Nicholson, our community manager. This post is a bit late, but nonetheless, I wanted to share something exciting that happened: 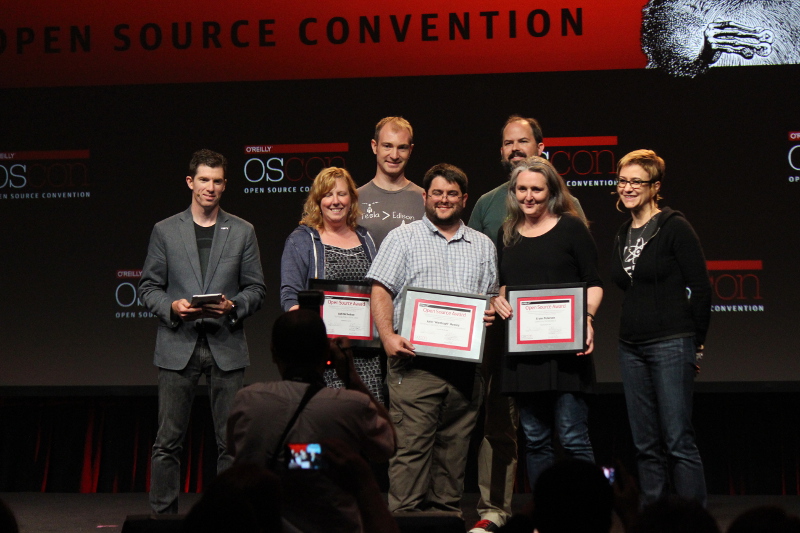 That's right! Deb Nicholson won the O'Reilly Open Source Award, one of the most recognized awards in the FLOSS world, for her work on GNU MediaGoblin and OpenHatch. Here's the text of Deb's nomination:

Deb Nicholson has been a sparkplug for Linux and FOSS advocacy and she can best be described as the traffic cop at the intersection of technology and social justice. A free speech advocate, economic justice organizer and civil liberties defender for years, Deb became involved in the free software movement. She is the Community Outreach Director at the Open Invention Network and the Community Manager at MediaGoblin. She also serves on the board at Open Hatch, a non-profit dedicated to matching prospective free software contributors with communities, tools and education.

...as well as the message from the award announcement itself:

Deb Nicholson works at the intersection of technology and social justice. She became involved in the free software movement about five years ago when she started working for the Free Software Foundation. She is currently the Community Outreach Director for the Open Invention Network and in her spare time, she serves on the board of OpenHatch. Congratulations Deb! 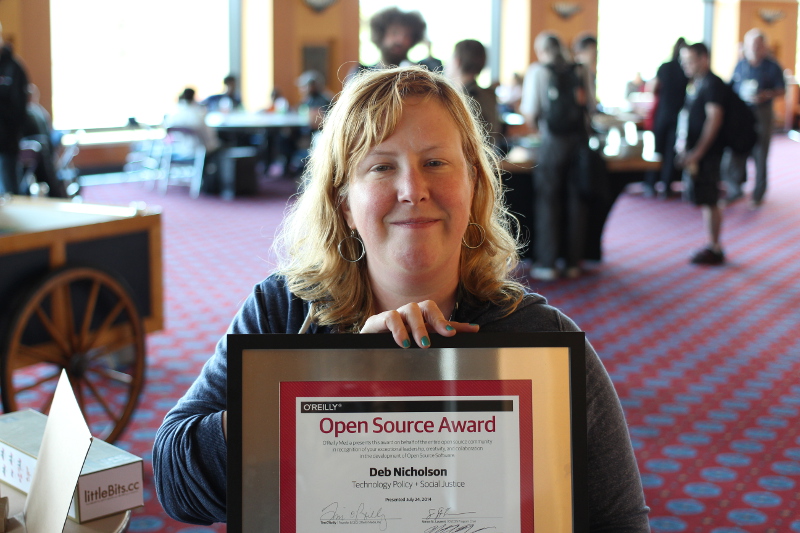 Deb and I have known each other from when she used to work at the Free Software Foundation and we became friends over time. I've always been impressed with the tireless work Deb has put into making the world of free software a better and friendlier place for everyone, as well as her extensive knowledge gained from a long history of social justice work. Early on in MediaGoblin starting up as a project, I talked to Deb about it and asked if she'd be interested in being involved. I'm glad I did... Deb has brought much to the project and I constantly lean on her skills in writing, her sharp wit, and her clear and regular guidance on how to build MediaGoblin into a better community. MediaGoblin wouldn't be the same place it is today without Deb working with us.

Deb, thanks for your work on MediaGoblin, OpenHatch, and so many other things... and for being a great friend to myself and many others in the MediaGoblin community! We're glad to have you here!